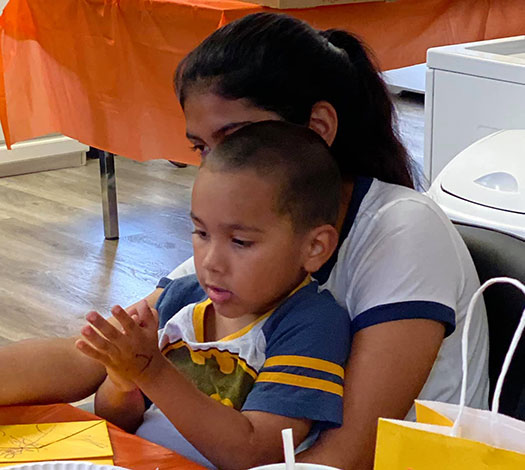 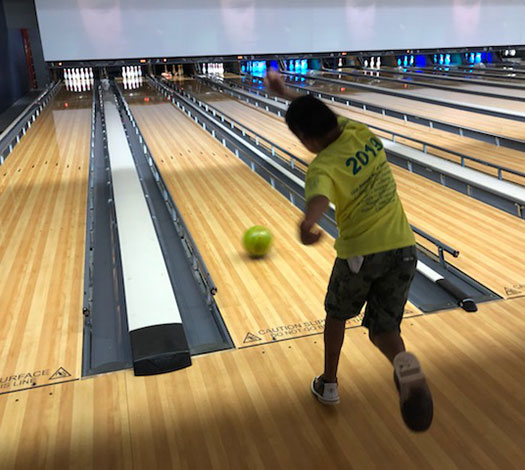 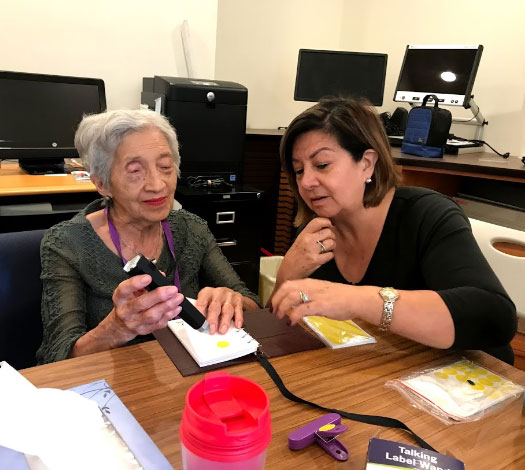 The services provided have increased and the programs provided continue to expand based upon needs in the community. Lighthouse of Collier holds a Guidestar Platinum Status and is nationally accredited by NAC, the National Accreditation Council for Blind and Low Vision Services.

An individual must meet the following criteria in order to qualify for services: must be diagnosed with a corrected bilateral visual impairment, which constitutes a substantial impediment in their ability to live independently, or must have the presence of a progressive bilateral eye impairment that will result in a substantial impediment to the individual’s ability to live independently.

All programs are tailored to the client’s individual needs and are year round in a group and/or on an individual bases depending on the needs of the client.

Lighthouse of Collier is the only agency in Collier County providing services to individuals of all ages living with vision loss.

Four months later, Annie grew able to effectively use Siri and voiceover to send and receive text messages, answer and end phone calls, make a phone call, listen to voicemail messages, make and receive a FaceTime call, check the time and weather, and set alarms and timers. Since purchasing her iPhone, Annie reported feeling safer and much more independent. She feels more connected with her children and grandchildren and no longer feels isolated when home alone. In fact, Annie declared that without the encouragement and support of her group she would never in her wildest dreams have considered getting an iPhone. She feels immensely fortunate to have had the opportunity to meet other people who understand what it is like living with vision loss, and refers to them as her “Lighthouse family.”