Skip to content
Home » About Us » Stories » Meet Jack

Jack is a long time client of the Lighthouse of Collier. He came to the Lighthouse looking for guidance after having had a stroke and losing most of his vision. He also lost the majority of the functioning of the left side of his body.

During the first meeting with the instructor, Jack expressed his deep grief over the trauma of losing his eyesight and functioning of the left side of his body. The first sessions were spent allowing Jack to express his feelings and talking about the phases of the psychosocial adjustment to blindness. Jack understood the process of adjustment to blindness, but he could not accept his losses.

After much discussion, Jack mentioned that he had once owned a restaurant and that he loved to cook. He missed being able to cook for himself. Cooking became his primary goal.

The instructor researched cooking tools that Jack could use that would help him adapt to cooking with his vision loss and only being able to use one hand. The items were ordered and delivered to Jack.

The first foray into cooking involved Pizzelle cookies. It was a complete disaster. The instructor was sure that Jack would never try cooking again. It took some coaxing, but Jack agreed to try again.

He wanted to use his air fryer. It was a digital screen. After some experimentation between the instructor and Jack, tactile markings were placed on the screen that allowed Jack to use the fryer. The first meal was breaded chicken fingers. Jack did all the preparation and cooking on his own. He poured the breading into a Ziploc bag and placed a chicken strip into the bag. He then placed the chicken into the fryer and set the time and temperature. Once he was done, he served dinner.

Since then, Jack has been using the air fryer almost every day and has made French fries, vegetables, and a blooming onion.

Clients often come to the Lighthouse of Collier with many issues to overcome. It is our job to find answers or participate in collaboration with other professionals when necessary. The goal is independence. 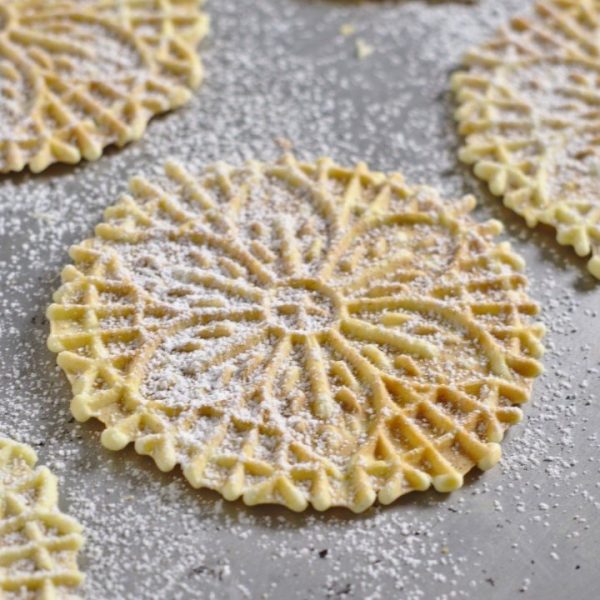