Skip to content
Home » About Us » Stories » Meet Aaron

Aaron is a four year old boy living in Immokalee who has a progressive eye condition that has resulted in congenital cataracts in both eyes.  Upon our first meeting, it was clear that he would be a Braille reader in the future so we spent much time over the past year working on Pre-Braille skills, including tactual discrimination.  He made a lot of progress over that time.

Now he is beginning to work on the Braille alphabet which has proven to be a challenge.  We have had a hard time finding ways to make the Braille alphabet fun and engaging for Aaron so he wants to focus and work on it.  A lot of time has been spent brainstorming creative Braille activities and lessons for him. This week, the instructor decided to visit him in the home with the LEGO Braille Bricks kit.  He was eager to work with the Lego’s.  We began by counting the dots on the Lego’s and “competing” on who could make the “mightiest tower” since this instructor knows that Aaron is very playful and competitive.  The lesson became a series of contests on who could make the tallest towers or transformers out of the Lego’s, followed by a ‘challenge’ to see who could find the most of a specific letter, such as “a”, while listing words that began with the letter, which made it so fun for him.  We were able to go through letters A through E!! And he was able to stay engaged for the full hour.

On my way out, Aaron then surprised me by coming out of the house and running up to my car with a flower he had picked himself, and said “T for teacher!” 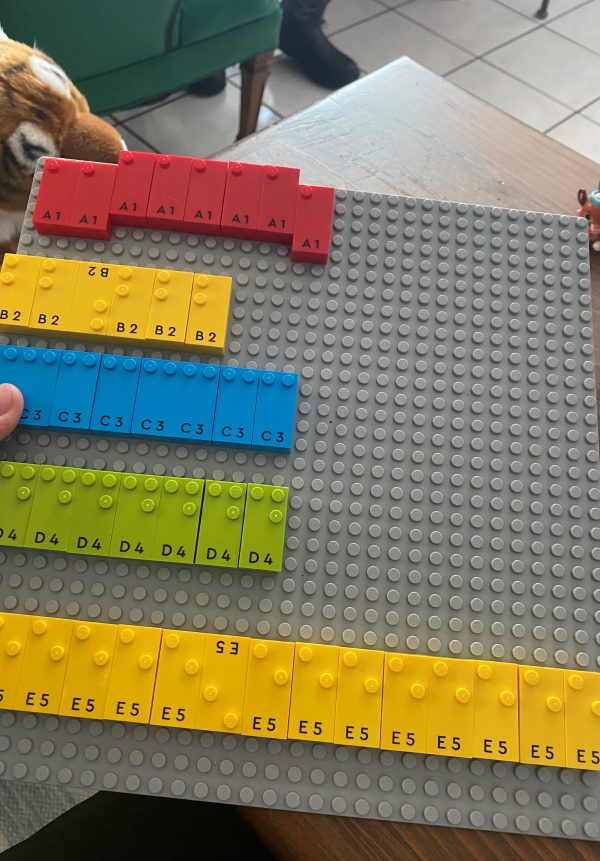